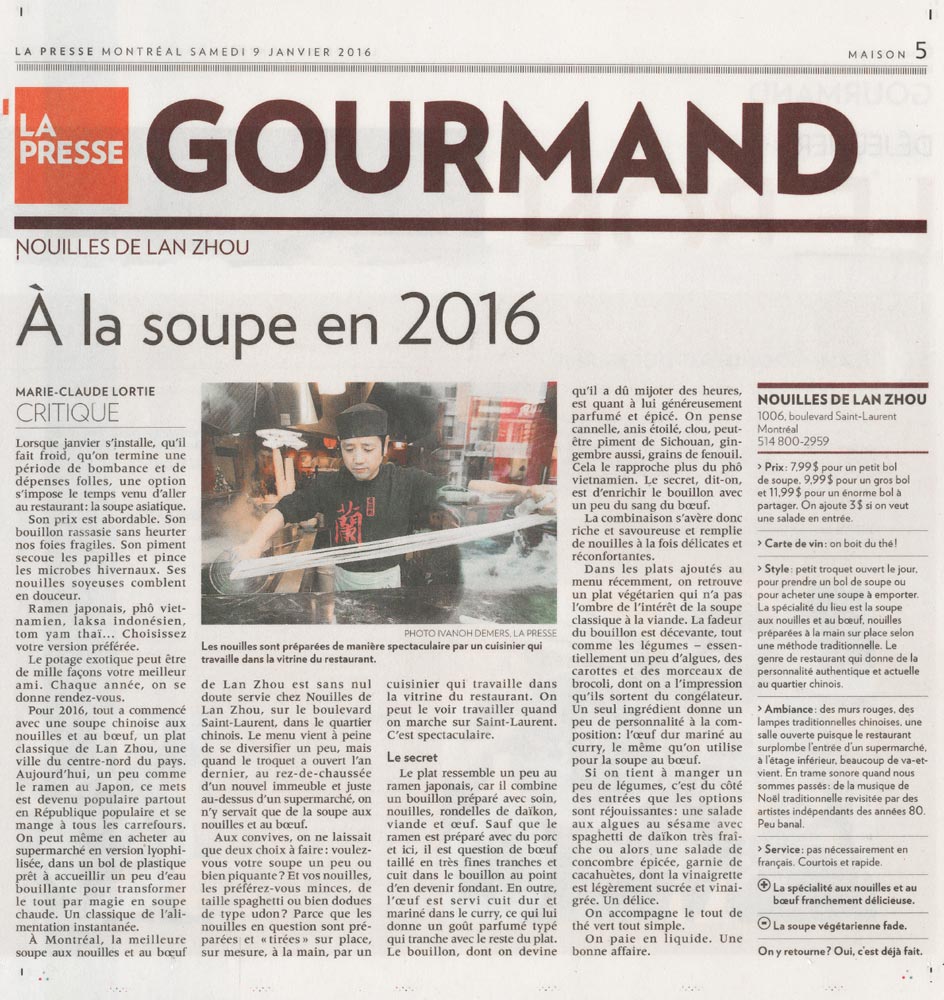 Gol’s Noodle originated from Lanzhou, China. Four years ago, we brought our authentic Lanzhou beef noodle recipe to Montreal, Canada — where we found a receptive community. Montreal, also known as the little Paris of North America, has a variety of phenomenal foods and restaurants from all around the world. We learned and evolved alongside these outstanding restaurants. In those four years, our efforts earned us raving reviews and support from our customers in Montreal. We even met many Lanzhou locals with whom we have become fast friends.

We received excellent reviews from many Montreal local newspapers as well as other media sources including the famous La Presse; We were praised as the “most authentic, most delicious” Lanzhou beef noodle, and had received at least 4 star ratings on both Yelp and Google. Recently, we received first place in TripAdvisor for choices in Chinese cuisine. Their approval had given us even greater motivation to focus our efforts into being true inheritors of Lanzhou’s cuisine and culture.

Today we brought our authentic Lanzhou recipes and culture to the Waterloo Region. We hope to find more fans of Lanzhou handmade noodles to help us carry forward true Lanzhou cuisine and culture, to bridge East and West, and to better service foodies everywhere.